An Interview with Linda Gillard

I have been an admirer of Linda Gillard’s work for a while and am honoured to host an interview with her on the occasion of the launch of her e-book A LIFETIME BURNING.

Linda Gillard is the author of five novels, including STAR GAZING, short-listed in 2009 for Romantic Novel of the Year and the Robin Jenkins Literary Award. STAR GAZING was also voted Favourite Romantic Novel 1960 – 2010 by Woman’s Weekly readers. 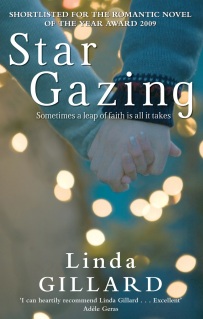 Linda’s fourth novel, HOUSE OF SILENCE was published in April 2011 and has become a Kindle bestseller, selling over 15,000 copies in 9 months. She recently e-published her 5th novel UNTYING THE KNOT on Kindle and has completed a sixth – a supernatural love story set on the Isle of Skye.

Linda lives in the Highlands of Scotland, on the Black Isle (which isn’t an island!) and she writes full time.

I asked Linda to answer the following questions.

When did you know you wanted to be a writer?

I’ve always written – stories as a child, copious letters, 12 years freelance journalism – but I became a novelist by accident. I’d been working as a teacher before I took up writing fiction and I’d had a mental breakdown as a result of stress and overwork. When I was convalescing I did a lot of reading. I was disappointed that I couldn’t find any commercial fiction that reflected my life and interests. This was 1999, I was 47 and I wasn’t interested in chick lit which was big at the time. I couldn’t find any heroines who were over 40. Older women were always somebody’s mother or somebody’s wife and they never featured as romantic heroines.

So I started writing the sort of book I wanted to read, but couldn’t find: a thinking woman’s love story that dealt with real issues, had believable characters, a gorgeous hero, but no easy answers. As a matter of principle I made my heroine 47 – my own age. This was suicide in terms of finding a publisher, but I didn’t care – I was just writing to amuse myself.

I got the writing bug pretty badly and joined a writer’s e-group. The group was encouraging and said I should try to get my novel published. I didn’t think I stood a chance because apart from being 47, my heroine also suffered from bipolar affective disorder (manic depression). But I found an agent who loved the book (especially the hero!) and eventually we found a publisher. That book became my first novel, EMOTIONAL GEOLOGY, first published in 2005 and now out of print, but I re-published it on Kindle last year.

Even before I’d finished writing EMOTIONAL GEOLOGY, I was panicking, wondering how I was going to cope with no book to write, so I started planning another (which became A LIFETIME BURNING.) By then I was convinced that writing fiction was what I had to do. It was the only thing I wanted to do.

A LIFETIME BURNING darts around chronologically, did you write it as a time line first and then mix it up or is this how the book came out onto the page?

I doubt many readers realise why ALB is constructed the way it is. Some reviewers described it as “random” or “chaotic”, but it’s the most meticulously constructed book I’ve written.

The “scrapbook” structure enabled me to cover 58 years of the twins’ lives in depth, in 410pp. (I’d been inspired by Elizabeth Jane Howard’s Cazalet Chronicles and wanted to attempt something similar, but EJH takes 4 long books to cover just 6 years – 1939-1945.) If I’d written chronologically there would be years where nothing much happened. No ones life is eventful year after year. So I followed Elmore Leonard’s excellent advice to writers (“Try to leave out the boring bits”) and focused on key events.

By juxtaposing scenes from different years I was able to reinforce themes, show how history often repeated itself. For example, a scene in 1964 where the matriarch, Dora Dunbar prepares for Christmas with her adult children is followed immediately by a scene from another Christmas, in 1952, when those children were 10. That juxtaposition gives the reader a sense of the generations growing up and the continuity of family life. It also brings home the way memory works: something in the present will bring back – quite vividly – a scene from the past. (In ALB I was exploring the workings of memory,, something I’d started in EMOTIONAL GEOLOGY. I think all my books are about memory in some way. It fascinates me.)

So ALB was written as a sort of patchwork. (I used to make a lot of quilts before I took up writing full-time!) I wrote the bits I knew, the scenes I could “see” and I built the book up bit by bit.

Not only did I not write it chronologically, it wasn’t planned in any great detail. Such plans as I had were jettisoned in some cases when characters wouldn’t co-operate! ALB is the book I’d cite to support my belief that if you let it, the subconscious will write a much better book than the conscious mind. I didn’t know when I was writing it how things would turn out or why. I focussed on character, feeling and mood while I was writing it and I let the (very complex) plot sort itself out. (I believe character is plot. If you write complex characters, put them in interesting, stressful situations, then pay attention to their motivation, you end up with plot.)

Another reason why I chose to write non-chronologically is that novels have to have a fairly standard structure with climaxes at 1/3 and 2/3 of the way through and a satisfying resolution at the end. Human lives don’t necessarily have that structure. By ignoring the march of time, I could structure the novel so that climactic events were revealed to the reader at the point where they’d serve the story best. I was able to manipulate the story and the reader’s emotions by keeping them waiting for the missing piece of jigsaw. I think this might be why readers have found ALB such a page-turner. They are aware there are important things they don’t know yet and they read on, hoping for revelations.

Having read most of your novels now (my favourite is still STAR GAZING, but loved them all) I notice that you explore some really big issues in your books, do you use an issue, e.g. blindness (STAR GAZING), post-traumatic stress disorder (UNTYING THE KNOT) as the inspiration for your books?

I don’t shy away from big stuff! 😉 I think perhaps the key thing about me as a writer is that I have a really low boredom threshhold. I like plotty books and films. I relish complexity – of plot and character. (But I never cheat. It’s always possible for an observant reader to guess my big twists. I put in plenty of clues.) It takes me 1 or 2 years to write a novel, so it has to be meaty, otherwise I soon get bored.

But I do find “issues” interesting. I like to write about challenging situations and I like to write books that stretch both me and my readers. Anyone who reads STAR GAZING will have rather more idea about what it’s like to be blind – emotionally and practically – than they did before they read the book. If you read UNTYING THE KNOT you’ll discover something about the hell army wives go through if their husbands come home from a tour of duty suffering from post-traumatic stress disorder (known as “the enemy within”.) 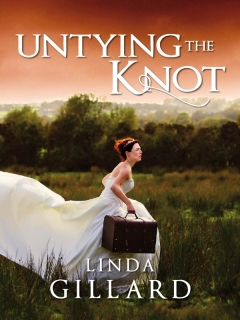 But this is an old tradition of novel-writing. Dickens was the ultimate “big issue” novelist! I hope it’s not too arrogant of me to say that my novels pay homage to the classics. JANE EYRE deals with the moral dilemma of having a mentally ill wife and the conflict between love and duty. THE TENANT OF WILDFELL HALL is about a marriage wrecked by alcoholism and domestic violence. When I was writing ALB I was consciously setting out to write a 21stC version of WUTHERING HEIGHTS, complete with echoes of Cathy’s “I am Heathcliff!”. (Emily Bronte doesn’t make it explicit, but it’s widely assumed that Cathy and Heathcliff are half-brother and -sister and that this is why the child Heathcliff is brought back to WUTHERING HEIGHTS.)

But I don’t set out to write about “big issues”. I passed a bomb disposal van in Glasgow and started thinking, “What kind of man does that job?… And what would it be like to be married to a man who does that job?…” Those questions formed the basis of UNTYING THE KNOT and I had a very interesting time answering them.

As a lot of writers read my blog and you are launching ALB as an e-book, could you tell us a little of your experience of e-publishing?

It’s wonderful! After a few years in the “dropped mid-list novelist” wilderness, I’ve become a Kindle bestseller. (HOUSE OF SILENCE has sold over 15,000 copies in 9 months.) I keep my prices very cheap, but I make far more money from my e-book sales than I ever made from my pbs. Out-of-print books like ALB are now enjoying a new lease of life and I’m finding thousands of new readers. I’ve even sold translation rights to Turkey for two of my indie e-books.

I now have total artistic control and a designer who does brilliant covers for me, so it’s hard to see what a tree book publisher could offer me now. Publishers say they’ll promote you and get your book reviewed, but most authors complain about how little their publishers do to promote their books and that was my experience. It’s true that promoting your e-books, marketing them, doing interviews like this one, takes up valuable writing time, but I’m not doing much more PR now than I used to when I had a publisher.

I’ve always worked hard to promote my books and build up a following. The difference now is that I’m in control, I know what’s been done and what hasn’t, and almost all the profit come to me. I still love tree books (and I still buy a large number) but e-books are the best thing that has happened for authors & readers since Allen Lane’s Penguins.

Finally, have you any advice for newbie writers?

Thank you so much for your insights Linda. I wish you well with A LIFETIME BURNING. I definitely rated it as a 5 star plus read.

To order your copy of A LIFETIME BURNING for £0.88 click here

If you have any comments or questions about this interview please post them below.

11 Responses to An Interview with Linda Gillard