I’ve been answering blog questions on numerous sites for a while now and thought I would share a selection of my favourite questions with you today, just in case you missed them.

Where do I get my inspiration?

Inspiration is a strange thing. I find if I’m looking for it, I don’t necessarily find it, but if I’m busy doing something else it strikes!

It is almost as if ideas have a consciousness and take great delight in catching you out. I’m not the only person who thinks like that, Elizabeth Gilbert, famous for the book made into a film, Eat, Pray, Love, has written a book called Big Magic about the wonder of creativity. In it she talks about ideas swirling around in the ether waiting for the perfect partner to bring them into the world.

Like many writers, I rip pictures from magazines and articles from newspapers that inspire me and keep them in a box. I trace family trees and often find storylines in the research.

Mostly, my books start with a character with an intriguing background or situation and then, if I let it and don’t try to force it, their story will unfold onto my notebook pages.

In the case of my debut romantic suspense novel, The Girl on the Beach, published in e-book format on 24 January 2017 by Choc Lit, the story was born from a combination of factors – a couple of interesting news articles and an art competition run by a friend at my son’s high school.

My character, Ellie Golden arrives to judge the school art competition and is introduced to the new headteacher, but she is pretty sure she has known the man before.

Who would play you in a film about your life?

These days, I think it would have to be Emma Thompson.

Choice of alternative career if you weren’t an author

I’ve had several changes in my working life. I’ve worked in administration, committee services, staff development and training. I then left office work to be a therapist. I’m a clinical hypnotherapist, Reiki master, Tuina acupressure massage therapist and energy field practitioner. If I had to choose a new career now it would be as an artisan jeweller and I may yet train in this field in the future.

What advice would you give to a fledgling author who is either writing their first or have written their first book?

How do you visualise your characters?

I have a very active imagination, but, in a similar way to the news stories above, I squirrel away pictures that inspire me. The basis for Harry was a model in one of the junk mail clothing catalogues that appear through my door. I just happened to catch sight of him as I was depositing the booklet in my recycling bin and thought – “Ooo”.

When I have pictures and a story idea, it’s a case of thinking how these characters would act in the situations I am presenting them with for their characteristics to become clear. It’s great fun, but a little spooky when the characters become real in your mind and you even have imaginary conversations with them! I expect the men in white coats any day.

Is the fictional town Borteen, where the story takes place, based on any particular seaside town?

I love the seaside and long to walk on the beach every day. That’s a bit impossible though, as I live probably as far from the sea as you can get in England. I indulged myself writing this book, as I could imagine the feel of the sand beneath my toes and smell the sea air as I was writing it.

Borteen is an amalgamation of many seaside towns I have visited. It has a little bit of Barmouth, Woolacombe, Lyme Regis, Llandanawg, Burnham and many more. I’ve taken my favourite bits of lots of beaches and beach towns and put them together to suit my story. At least if it’s fictional, I can add in the details I need to tell my story.

It’s quite strange though, because I’ve spent so much time in Borteen, I can walk down the streets, go into the shops, even tell you the colour and texture of the sand in my head. At least I can now stroll on my beach every day, as I’m busy writing more stories in the Borteen area. Watch out for some of those characters from The Girl on the Beach! 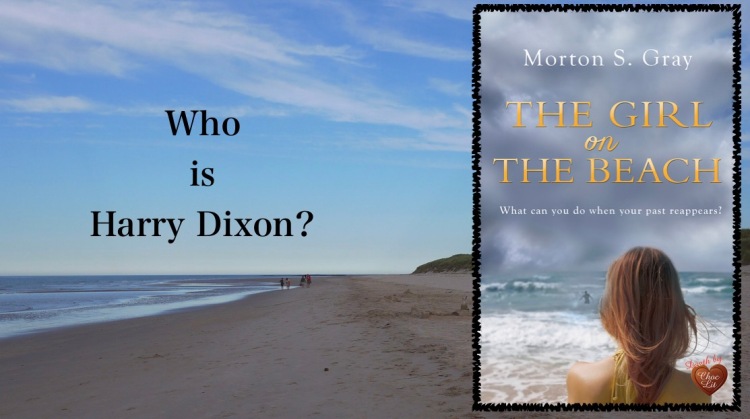 A heartfelt thank you to all of you who have bought and read my debut novel, in particular those who have taken time to post the all important reviews. If you haven’t read The Girl on the Beach yet, it is available in all e-book formats on the following link at my publisher’s website Choc Lit