I’d like to welcome Lynda Stacey to talk about her latest novel The Fake Date which was published by Ruby Fiction on 18 September 2018. I took the opportunity of asking Lynda  some questions about this novel and herself …

Congratulations on the release of your new novel The Fake Date, which sounds like quite a departure from your other books. Please tell us a little about it and your inspiration for the story.

Thank you so much. The Fake Date began a good two years ago when I wrote a ‘first chapter’ as an entry for the Elizabeth Goudge competition that’s run by the Romantic Novelists’ Association. The subject was ‘FAMILY VALUES’ and I thought of the times when we were most likely to think of and appreciate our own families.

I used to be a nurse and I tried to think back over conversations I’d had with patients, who often said that at times when they thought they were about to die, they thought of the people they loved, and the family that they thought they might never see again.

So, in my novel (and Elizabeth Goudge entry), The Fake Date, began at a time when Ella Hope a reporter, had been beaten and left for dead. It’s a time when thoughts of her family, her parents and memories of how happy her childhood had been. They are all in the forefront of her mind and during this chapter she believes she will die, her breathing is failing and she worries about how her mother will take the news, if and when her body is found.

Do you plan your plot before you begin, or does the story evolve as you write?

My stories very much evolve as they go along. I always know the beginning, the twist and the end. But everything in between is written organically and to be honest, it’s great for me to have and read a few surprises as I write too.

If this novel was made into a film, who would play the lead roles?

Ohhhh what a good question. I absolutely love Michelle Keegan as the heroine, I think she’d be amazing. But the hero… well, that’s hard because I’d love to say Chris Pine, who was in Star Trek…! He’s very cute…!

What sort of books do you enjoy reading yourself?

I love reading other Romantic Suspense or Psychological Thrillers. I’ve just finished reading an advanced copy of The Woman in The Dark by Vanessa Savage. It’s amazing…. I literally couldn’t put it down.

I’m going to be cheeky and ask you to list five things you love that people reading your books so far would never guess you liked.

What can we look forward to from you next?

My next novel will be another psychological thriller. I tend to be steering that way, my novels get darker and darker lol (but not too dark).

It has the backdrop of the historic Victorian marvel that was The Sand House, a prominent feature that was in Doncaster from the 1850’s until the 2nd World War. The house was carved from sandstone and the owner of this house carved catacombs / tunnels and the most beautiful carvings, the most famous of which was the Elephant and Mahout. (see pic below) But in the 1960’s the council destroyed the catacombs and filled them with concrete.

In reality the tunnels can’t be accessed. However, my story begins when my heroine is employed as an archaeologist to uncover the past, but her own past catches up with her, the man who murdered her mother has never been caught and unexplained happenings begin to bestow the site. She’s left frightened and afraid, all the time not knowing who is following her, who is entering her home when she isn’t there and who is gaining access to the site without permission.

As with all my novels, there will be a romance in the background, along with the other characters who will bring the story to life and keep the intrigue turning. I’m hoping this novel will be released during 2019.

Thank you for answering my questions, Lynda and I’m sure readers will agree that you have given some very interesting answers.

About The Fake Date

That’s how long it’s been since Ella Hope was beaten to within an inch of life and left for dead.

She lies, unable to move and praying for somebody to find her, as she counts down the minutes and wonders who could have hated her so much to have hurt her so badly.

Was it the man she went on a date with the previous evening, the man linked to the deaths of two other women? Or somebody else, somebody who wants her out of the picture so much they’re willing to kill?

Whoever it is, they will pay. All Ella has to do first is survive …

Links for Lynda Stacey’s other novels:-

Lynda grew up in the mining village of Bentley, Doncaster, in South Yorkshire,

Her own chaotic life story, along with varied career choices helps Lynda to create stories of romantic suspense, with challenging and unpredictable plots, along with (as in all romances) very happy endings.

Lynda joined the Romantic Novelist Association in 2014 under the umbrella of the New Writers Scheme and in 2015, her debut novel House of Secrets won the Choc Lit Search for a Star competition.

She lives in a small rural hamlet near Doncaster, with her husband, Haydn, whom she’s been happily married to for almost 30 years.

Thank you for appearing on my blog Lynda and I hope that readers enjoy The Fake Date. It has already attracted some great reviews!

Just a quick reminder that my own Christmas novella is now up for pre-order Christmas at Borteen Bay will be published on 13 November 2018 as both an eBook and audio book. Pre-order now at Amazon and Choc Lit 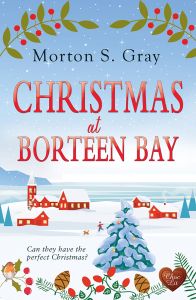 The Girl on the Beach published by Choc Lit is available as a paperback and from all eBook platforms – Amazon, Apple iBooks, Kobo, Barnes and Noble and Google Play.

Christmas at Borteen Bay will be published on 13 November 2018 as both an eBook and audio book. Pre-order now at Amazon and Choc Lit 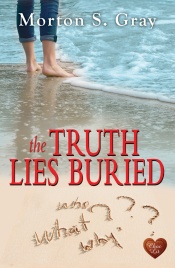 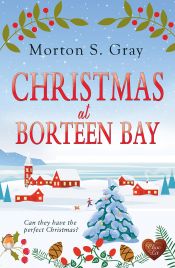