First a heartfelt thank you to all of you who have downloaded my debut novel The Girl on the Beach since its release on 24 January 2017. I have been overjoyed by the response and support. The book is featured as book of the week on @TheAuthorHour on Twitter this week, which was a lovely surprise.

This week I am pleased to welcome fellow Choc Lit author Isabella Connor to my blog. Well that’s not strictly true, as ‘Isabella Connor‘ is the joint pen name of Englishwoman Liv Thomas, who works for the National Health Service in Southampton, and of Scottish-born Valerie Olteanu, an adult educator in the Canadian province of British Columbia. I spoke to Liv for this blog. 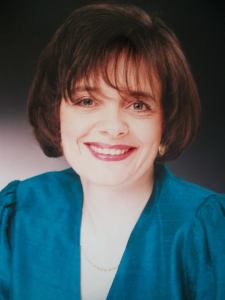 I live on the South Coast, and though pretty widely travelled, I’ve never lived outside Hampshire. If I had a choice, I would live either in Ireland, or in the Alps. I work for the NHS, at the first hospital that was featured in Channel 4’s ‘One Born Every Minute’. I live with the OH and our West Highland Terrier, Sophie. The kids have flown the nest but all live locally. I love reading and writing (not ‘rithmetic though), also pub quizzes, and I have a girlie crush on Chris Evans (not that one!) whose character in the movie Push was the visual for Finn in An Irish Promise.

I am @Livbet on Twitter – https://twitter.com/Livbet – and will generally follow back, unless it’s someone whose tweets comprise of nothing more than links. I give those a miss because although it’s a useful promotional tool, I do think of Twitter more as a social thing.

I do have a blog, which is sadly neglected, but I am full of good intentions and plan to resurrect it in 2017 – there is quite a lot on it though, if anyone wants to give it a try. 🙂 http://livbet.webs.com/

I write mainly at weekends, and if I’m lucky I get a free day during the week as well. I don’t find it easy to write if there are outstanding chores, and as there are always chores, I need to get into the mindset that these can wait.

Inspiration can come from a story picked up in the news, or like a bolt of lightning can just appear. I have no idea where the idea for Beneath an Irish Sky came from – it just turned up, uninvited, and interestingly, most of the characters were already named. There was virtually no thought given to the names – they just ‘were’. An Irish Promise was the brainchild of my writing partner, Val Olteanu, so we have one each with both of us adding to the original ideas.

Val lives in Canada, and we’ve never met in person. Both of our novels were plotted and completed via internet and telephone. We ‘met’ on a Lord of the Rings message-board, which was also instrumental in me jump-starting my writing ambitions, and I wrote several fanfics. Had I given Faramir some duct-tape and cable ties, who knows where I might be now…

I’ve always had a passion for Ireland, and writing stories set in that locality, or with an Irish hero, just comes naturally. Originally though, An Irish Promise was to be set in the same English location as Beneath an Irish Sky (which takes place in both Ireland and England), and its working title was Winter Promises. However, our publisher – Choc Lit – asked if we would mind reworking it so that it had an Irish setting. It took a while, but was a labour of love – I was more than happy to make that change.

In the pipeline at the moment are both a prequel and a sequel to Beneath an Irish Sky, and we have a couple of other original novels in the planning stages. If only real life would stop being so continually disruptive, we could speed up the whole process…it’s just so rude!

Praise for BENEATH AN IRISH SKY:

Two very different worlds collide when a wealthy English businessman learns he has a 20 year old son, who has been raised as a Traveller in Ireland. The arrival of Luke Kiernan in an affluent Cheshire village brings both anger and division, and sets in motions events that unearth long buried secrets. The following is a review from the Irish Independent newspaper:

The clash of two unfamiliar worlds is very concussive in Liv Thomas and Val Olteanu’s debut novel. Using the pen name Isabella Connor, the two writers have conspired to craft a compelling tale of love and loss. You know how it goes: boy meets girl; boy falls in love with girl; girl runs away.

We meet the characters years later. Jack Stewart imagines that he’s put his past firmly behind him. On the surface Jack has everything – success, money, a big house – but a tragic road accident shatters his perfect world. Jack’s ex, Annie, an Irish Traveller, has been killed. He also discovers that Annie was pregnant when she ran away from him all those years ago and Jack has a grown-up son, Luke.

This is also the tale of Luke. Luke has had a difficult upbringing as a Traveller. When he wakes up after the accident in a Dublin hospital to find the man he’s hated since childhood at his bedside, all he can think about is getting revenge.

Jack decides to take his estranged son back with him to England. Too little, too late – or is it? Jack and Luke’s union exposes past deceits and unearths some dark family secrets buried long, long ago.

The real pleasure of the novel lies with Luke, who is both naive and knowing. His narration is shot through with a sly humour that’s a delight to read.

This is a compelling, fast-paced read with a plot that builds inexorably. The characters are finely drawn and the writers, despite the fact that neither are Irish, manage to weave Irish Traveller culture throughout the fabric of the book.

They manage to authentically capture an atmosphere of suspicion between the Traveller community and the rest of society. They also beautifully convey the emotional stiflement among characters haunted by the spell of the past.

And also from the Sunday (Irish) Independent:

ONE of two unusual aspects of Beneath an Irish Sky is that, not only is it written by two authors – but they live on opposite sides of the world.

‘Isabella Connor’ is the joint pen name of Englishwoman Liv Thomas, who works for the National Health Service in Southampton, and of Scottish-born Valerie Olteanu, an adult educator in the Canadian province of British Columbia.

Despite the miles, these ambitious writers have managed to produce a pacey work without noticeable seams.

The storyline is the other unusual aspect of this book: it flows from an ill-fated marriage between a down-to-earth aristocrat and a courageous Traveller.

Of course, the barbed-wire barrier of class divide is not news for lovers of romantic novels. Nor are the obstacles of disapproving parents-in-law, small-minded rural communities or festering years-old misunderstandings.

These are staples in a competitive genre in which it is extremely tough to find new twists – but Thomas and Olteanu have had a fair crack at it.

Jack Stewart is old money but a new man; he dared to follow his heart and marry Co Clare Traveller Annie Kiernan, who had come to his ultra-traditional English village to work as a barmaid.

But, two decades before the novel begins in earnest, Annie disappears without so much as a note – and Jack’s distraught efforts to solve the mystery proved fruitless.

It is down to the authors’ skill, too, that Annie’s heroic presence remains so alive throughout, particularly as the book opens with Jack identifying his estranged wife’s body after a horrific car crash.

The complex web that unravels as a result has two distinct parts: calculated deception, deadly betrayal and festering bigotry from those who hated Annie and her roots, versus honest acceptance, high morals and loving kindness from the faction who could – or do now – open their hearts and minds to what she stood for and achieved.

Bang in the centre of the tangle are bewildered Jack and angry Luke, the badly injured son he never knew about.

It is only when – or if – this warring pair can make sense of Annie’s flight that she will be able to rest in peace.

Beneath an Irish Sky is a solid read with credible characters (albeit set very distinctly either in the good or bad camp), gritty dialogue, competent scene-setting and with all plot strands satisfactorily knotted off in the fast-moving finale.

The collaboration between these long-distance writers of romance has delivered a well-rounded novel with definite heart.

AN IRISH PROMISE explores the effects of school bullying, not just on the bullied, but on the bullies too. This review from In D’Tale, received five stars, and four steamy kettles (this was actually a bit of a surprise…there is a romance, but in all honesty, it’s not that steamy!).

Rachel Ford has returned to Kilbrook to make those who destroyed her life answer for the hurt they caused her and her family. She meets Finn Mackenzie, an Australian actor who is in Kilbrook to help his aunt with a legal matter. The attraction between them is undeniable but Rachel is afraid that if Finn finds out the reason she’s in Kilbrook, she will lose his respect.

“An Irish Promise” is a skillfully crafted and a powerful story exploring the consequences of how one’s past actions reverberates through time to haunt one’s future. The characters are multi-faceted and the author makes them go to the wringer, particularly in respect of an incident that becomes the fulcrum of the story, a twist that is so unexpected that the reader might reel at the revelation. The reader will be torn between cheering for Rachel and sympathizing with some of those who made her life miserable. Revenge against those who have been allowed off the hook for so long is sweet, but at what cost? The cliché that it is a dish best served cold is more a dish with unexpected outcomes that will affect everyone in Kilbrook. Including Rachel.

A very powerful story of love, revenge, responsibility, and irony. And, of secrets that nearly destroy everyone if not for their strength and resolve to pick up the pieces and move on. And forgive. This is a tale that will stay with the reader long after the story has ended!

I have two Pinterest boards, based on the movies for both novels – well, we can but hope! I am more than happy to receive other suggestions for the leading roles 🙂

Thank you for visiting my blog, Liv. How interesting about the Pinterest boards. I collect photos of my characters, but have never thought about keeping them in this way. I also find it fascinating that you work with an author you have never met – what a special connection!

Purchase links can be found on the Choc Lit Website here

Please leave any comments for Liv about her books, or any aspect of this blog appearance below.

I shall be back next week with a round up of my debut release for The Girl on the Beach, which was a very exciting time.